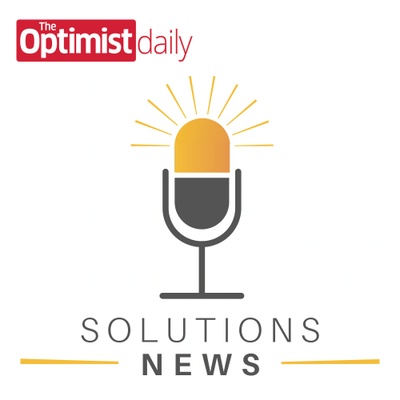 This week on Solutions News, we interview Das Williams, Santa Barbara County First District Supervisor, who's running for re-election. With the election coming up, we wanted to take the time to focus on local elections, which impact our daily lives in some ways more powerfully than general elections, and it is these local officials who feed the pipeline for Statewide and National Political leadership. They are the County Supervisors who guide local development, our School Board Members who determine what we teach and how.

We also interviewed Das' main rival, Laura Capps on Feb 7, 2020. Click here to listen to that show as well!

Das Williams grew up attending local schools in Santa Barbara and Ventura Counties. He split his time between his mother who lived Ojai and his father who lived in Isla Vista. He attended Dos Pueblos High School until he dropped out of high school during his senior year. Rather than moving to San Luis Obispo County with his mother, Das opted to move back to Santa Barbara, having to live in his van, and attend Santa Barbara City College (SBCC).

While a student at Santa Barbara City College, Das developed a passion for politics in classes with his favorite professor, Dr. Manoutchehr Eskandari-Qajar and travelled to South Africa to work for Nelson Mandela's African National Congress in South Africa's first democratic election in 1994.

After two and a half years at SBCC, Das transferred to the University of California, Berkeley, from which he earned a Bachelor's Degree in Political Science. Shortly after graduating, Das moved back to Santa Barbara and worked as a field organizer on Hannah-Beth Jackson's campaign for State Assembly. Following her win, he went on to work in both her Capitol and District offices before going on to work in other legislative offices in the Capitol.

Following this time in Sacramento, Das once again returned home to attend University of California, Santa Barbara's Bren School where he attained his Master's Degree in Environmental Science & Management with a focus on water pollution, planning processes and land-use law. In 2003, while still a graduate student, Das successfully ran for the Santa Barbara City Council.

During his time as a Santa Barbara City Councilmember, Das began a record of accomplishments that would continue throughout his public service career. As a councilmember, he spearheaded the effort to require 30% of the city's energy to come from renewable sources by 2011, which was then one of the toughest energy efficiency standards in the state. Das also established himself as a leader in the effort to stop offshore oil drilling, protecting the coast and local water supplies by working to restore local creeks and wetlands and preserve open space, and led the push to expand the city's public transit system. While serving as a Santa Barbara City Councilmember, Das also served on the Board of Trustees for Peabody Charter School where he helped avoid teacher layoffs during the Great Recession.

In 2010, Santa Barbara and Ventura County voters elected Das to represent them in the California State Assembly and re-elected him twice in 2012 and 2014. His Assembly career was defined by a legacy of passing strict standards to decrease the state's dependence on fossil fuels, holding oil companies accountable and fighting to end off shore oil drilling, and enacting ground breaking legislation to combat gun violence in the wake of the Isla Vista shooting. Additionally, Das established himself as a champion for California's public higher education system, serving as chair of the Assembly Higher Education Committee and authoring legislation focused on creating a dedicated revenue source for higher education and establishing harsher punishments for students who commit sexual assault.

Das was then elected to represent the First District of Santa Barbara County on its Board of Supervisors in 2016, a position he currently holds. As Supervisor, Das has provided leadership during the Thomas Fire and subsequent debris flow that rocked Santa Barbara County in addition to taking proactive leadership to develop clean energy locally and working to protect vital public services, such as our libraries.  In December 2019, Das was also appointed to serve on the Monterey Bay Community Power Policy Board and Executive Board.

Das lives in Carpinteria with his wife Jonnie and their two daughters, Ya'Ash and Khaya.